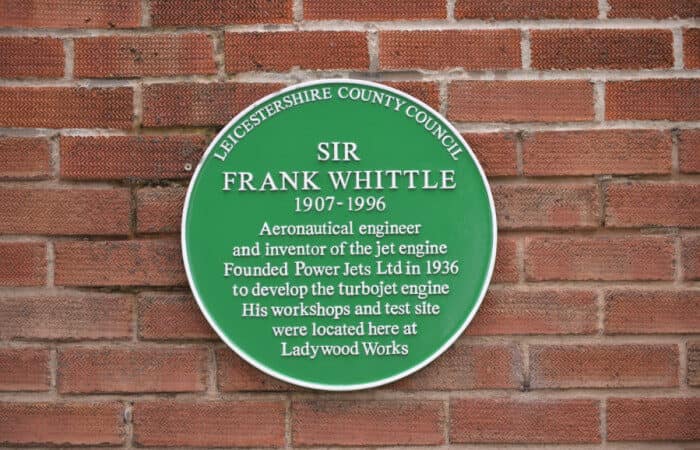 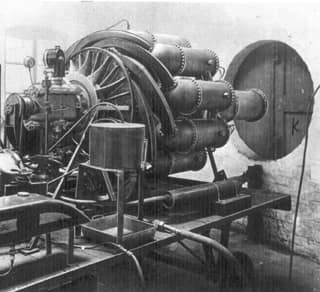 The Jet Age began in Lutterworth ! 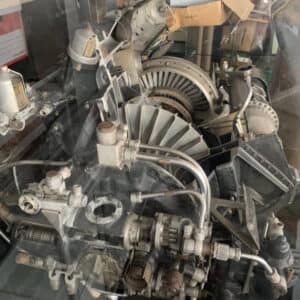 Lutterworth and District Museum is proud to have a prototype of the Whittle W2/700 jet engine as part of its collection. The engine, which is on loan from Leicestershire Museums, is in “cut away” format which means that the internal workings of the engine are on display.

The collection also includes a 1/3rd scale model of the engine (also on loan from Leicestershire Museum), a model of the jet engine test bed, a copy of the original jet engine patent filed by Frank Whittle in January 1930, examples of the combustion chambers and the actual bottle of Champagne (alas empty!) that was drunk by Power Jets employees to celebrate the successful first test of the jet. The bottle is signed by the employees. 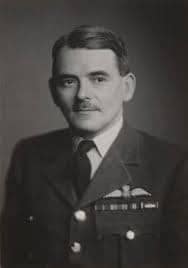 Frank Whittle was born in Newcombe Road, Coventry on 1st June 1907. He attended the local council schools before winning a scholarship to a secondary school, which later became the Leamington College for Boys. By helping his father in his workshop, he quickly developed practical engineering knowledge.

In 1923, Frank reported to Cranwell to begin his RAF apprenticeship, and in 1926, due to his outstanding qualities as an apprentice, he was awarded a cadetship at the RAF College at Cranwell to train as a Pilot Officer. His 2 years as a Flight Cadet ended in 1928 and he passed out with distinction, also winning the coveted Andy Gerrard Fellowes Memorial Prize for Aeronautical Sciences.

Posted to Operational Squadron No.111 as a Pilot Officer, he moved to the Central Flying School in 1929 to qualify as a flying instructor. During this time he had been developing his ideas for the propulsion of aircraft, while recognising the limitations of the internal combustion engine at altitude, along with the limitations of propeller speed. He had shown his designs to the Royal Aircraft Establishment but unfortunately Dr A A Griffiths (who had also considered the idea previously) rejected Whittles proposals and convinced the Air Ministry that the idea did not warrant any further attention.

Undaunted, Frank Whittle filed the first ever patent for a gas turbine to propel an aircraft directly by its exhaust gas on 16th January 1930, when age 22 and a Flying Instructor in the RAF. 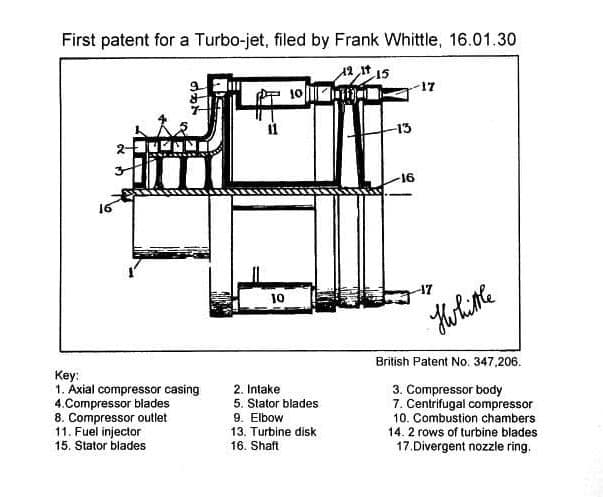 It shows the air passing through a single- stage axial-flow turbine, then a centrifugal compressor, before entering a number of radially arranged combustion chambers and exhausting through a 2-stage axial-flow turbine on the same shaft as the compressor. Modern small gas turbines follow a similar layout. Unfortunately, as the President of the Air Council did not consider any need for secrecy, the patent was published in 1931, with copies being purchased by the German Air Ministry and circulated via technical journal to engine manufacturers, air frame designers and researchers. The patent lapsed in January 1934 when Whittle could not afford the renewal fee of £5, and the Air Ministry refused to help.  Meanwhile, the German Air Ministry added the idea to their list of alternative methods of aero propulsion.

Whittle continued working on the development of his ideas, attending the Officers Engineering course at RAF Henlow in 1932 following which the RAF agreed to send him to Cambridge University to study Mechanical Sciences.  While he was there, Whittle and others separately formed the company `Power Jets’ in 1936 to launch proper development of the engine.  Whittle was permitted an additional year at Cambridge in order to conduct “post graduate research” and was then placed on the RAF Special Duty List to allow further work in the building of the engine. Known as the WU, he successfully ran it for the first time at the British Thomson-Houston works at Rugby on 12th. April 1937. This was only four years after the first successful bench test of the Rolls Royce Merlin engine that was to feature so successfully for the RAF in World War II.

Unfortunately, in its early runs the engine showed a tendency to behave erratically so BT-H suggested that it might be safer if testing was continued up the road at a disused foundry they owned in Lutterworth.  Power Jets moved into the Ladywood Works on the east side of the Leicester Road at the beginning of 1938, the workforce consisting of Whittle and an assistant, Victor Crompton, with some BTH fitters and test hands.

The need to replace certain failed components resulted in delays, with testing resuming on 17th June 1939 and the engine was soon reaching speeds of 16,000 rpm, much higher than any achieved previously. Rooms were rented at Brownsover Hall, a large house on the northern edge of Rugby, and Whittle moved his office there, taking with him his senior design staff. The main Design Drawing Office remained located in a large wooden hut at the Ladywood Works. In October 1941 the government ordered a greatly enlarged design and development facility some 7 miles further up the road at Whetstone, to open in 1943.

By April 1941 a test version of the flight engine – W1X – was assembled and run at Lutterworth just as the first of the Gloster Whittle E28/39s was completed. Sir Frank Whittle ensured that Britain entered the Jet age when, on 15 May 1941, the Gloster-Whittle E 28/39, propelled by one of his jet engines, flew successfully from Cranwell, England.

In January 1942 Ernest Hives, a director of Rolls-Royce, visited Lutterworth following a discussion with Whittle about a possible tie-up between the two companies.  In March 1942, Whittle had commenced a redesign, labelled the W2/500, and Whittle’s plan now was that Rolls-Royce would put the W2/500 into production to power the new Meteors. Meanwhile much of Power Jets work was being transferred to Whetstone and its total staff had risen to over 1000. Whittle was awarded a CBE in the 1944 New Year Honours List and 6 days later, bowing to US pressure, the existence of the jet engine was made public, making Whittle a national hero. He was also promoted to Air Commodore.

In October 1945 Whittle was at last able to make several flights in a Meteor 1 powered by an engine that he had himself designed – the W2/700.  It is an example of this engine that is on display at the Lutterworth and District Museum. However, in January 1946, disillusioned by events on the business front, he resigned as a Director of Power Jets and resumed normal RAF duties.  Most of the small band of dedicated engineers and designers which Whittle had built up (henceforth to be known as “The Reactionaries” and to meet informally once a year for the next 50 years at The Hind Inn prior to closure) dispersed a few weeks later to pursue separate careers in industry.

Whittle retired from the RAF in 1948 and was knighted by King George V in the same year. He became a consultant and technical advisor to aviation companies in the 1950’s. Later he went to work in the USA and following his marriage to an American wife he moved his home to the USA in 1976. He was awarded the Order of Merit by Her Majesty the Queen in 1986 and died in America in 1996.

Sir Frank was a dedicated Englishman and exceedingly proud of his country. Furthermore, he had tremendous respect for the RAF, which he held in high esteem and considered to be the finest service anywhere in the world. He always gave credit for his success, both privately and publicly, to the training that he received at Cranwell, both as an apprentice and as a cadet. One thing he did always regret, however, was that jet aircraft did not make a major contribution to Britain’s war effort, as he had hoped. 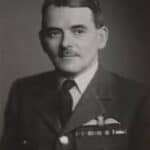 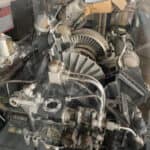 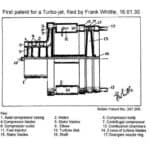 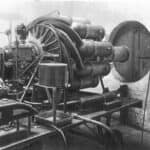 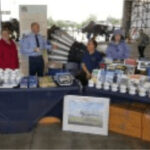 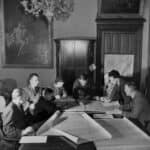 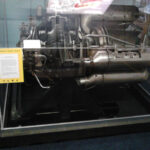 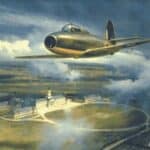 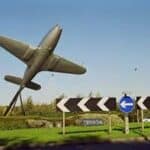 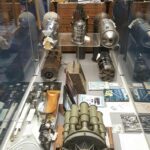 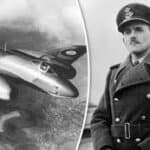 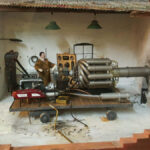 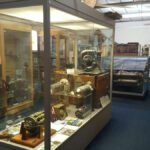 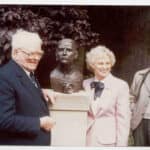 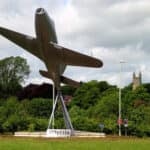 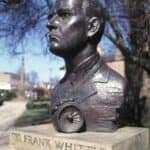 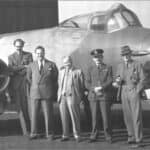 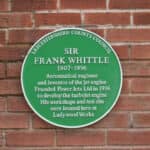 Lutterworth and District Museum is proud to have a prototype of the Whittle W2/700 jet engine as part of its collection.