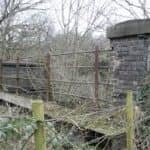 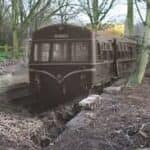 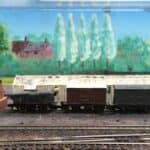 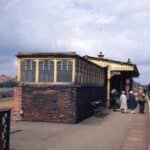 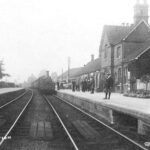 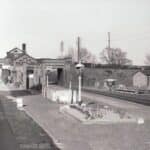 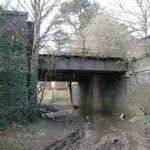 Lutterworth Railway Station, owned by Great Central Railway, opened on 15th March 1899 and was located at the bottom of Station Road. It closed on 5th May 1969 and at the time of closing was owned by British Rail.

Lutterworth and District Museum is proud to have a working N gauge model of Lutterworth Railway Station as it would have been in its prime.  The model also shows the Vedonis works which was the first factory on the Leicester Road and was one of the town’s major employers for many years.  The factory, owned by George Spencer, produced hosiery at a boom time for the industry, and it soon became one of the major employers in Lutterworth.  During World War II, the factory was used to produce munitions.

Lutterworth was a typical Great Central London Extension station with an island platform. The access was from beneath a bridge over a bridleway at the end of Station Road from where steps led up to the booking office at the south end of the platform. The station site is now occupied by a housing estate (Marylebone Drive and Faringdon Avenue), while the goods yard was sited on the down side of the line alongside the station, in an area now known as Boundary Road.  The yard had an unusually large signal box – the additional capacity in the lever frame indicated that the goods yard was expecting to have extra sidings added, however these were never built.

An overgrown remnant of the platform survives on the bridge at the south end of the station, and the bricked-up entrance also survives beneath the bridge. The stationmaster’s house at the end of Station Road is now in private occupation.